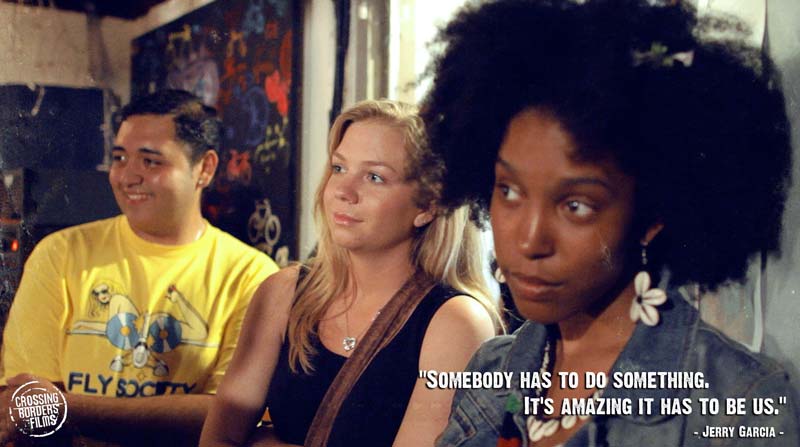 This documentary will open the conversations our culture seems to fear most, and guided by the unexpected new role models it provides, diverse groups can find a way to navigate those scary waters together.Andrea Swift, Chair, Documentary Department, New York Film Academy

American Textures (80 min) follows six diverse Americans in their early twenties on a road trip through three South-Eastern States in the US. The film heroes consciously risk sharing their stories, fears, struggles and dreams in order to experience, feel and explore each others’ backgrounds of Black, White and Latino origin. The story line is designed to touch our key target group of American youth by witnessing the personal struggles and discoveries of the film characters around issues of identity, self-esteem and personal empowerment in the context of race relations. 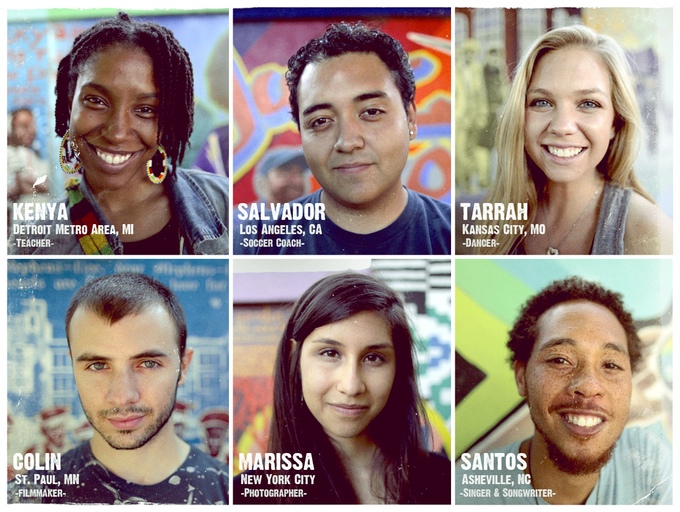 The A story follows the road trip of the six film characters through North Carolina, Georgia and South Carolina. The sharp interracial tension between African American Kenya and Caucasian American Colin particularly shapes the story of the group. On the road the group interacts with a variety of vibrant community projects that tackle social issues. The challenges, insights and adventures of their shared travel experiences create deep emotional moments between the protagonists. The honest confrontations and discoveries about each other become the doorways through which the characters deepen their understanding of themselves, of the others, and the world they live in. Emotions of hesitation, fear, courage, insight, connection, confusion, excitement, hope are powerfully and honestly transmitted through the six diverse and expressive heroes.

The B story follows Latino-American Salvador as his personal transformation is most dramatic throughout the group’s journey. Salvador is emotional, personal and powerful in describing his despair when growing up in a violent LA neighbourhood and witnessing race riots at his school. He is deeply moved on the trip through witnessing how black leaders are impacting their local communities and describes how he never experienced such role models. Salvador is shaken by the conflict between Kenya and Colin and is deeply moved by the group working through the tensions. The honesty and care of the group unlock within him a hope and aliveness that moves him towards envisioned action for his own community. 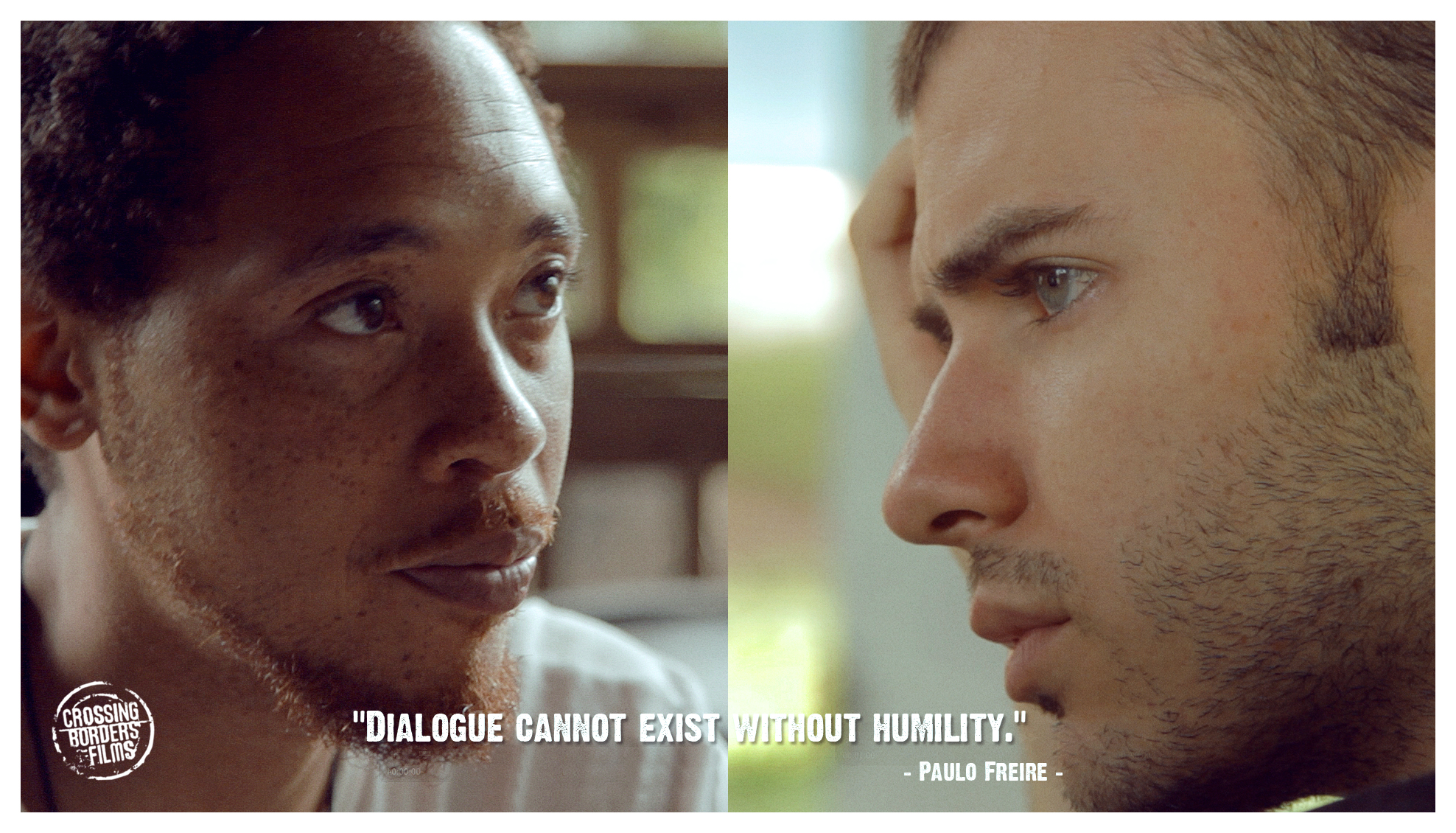 American Textures responds to the deep racial divisions that shape the daily life of American society. It is designed as a Community Social Engagement Project that actively supports the creation of intercultural dialogues and the growth of interracial empathy.

American Textures takes an unflinching look at the tragic fact that even though people in the United States come from all over the world, they still don’t know how to talk to each other. But then it gives us a road map to start the kind of dialogue that leads to genuine understanding, respect and friendship. This film makes me hopeful about the future of our country, and the world. The path is not easy. But it is clear.Mark Bauman, Executive Vice President, National Geographic TV

American Textures is a powerful and compelling film that reveals the importance of more honest discourse about race in America. The lives and stories of the young people masterfully presented in this film offer both hope and impetus for more of us to join the conversation.Bryan Stevenson, Founder, Equal Justice Institute 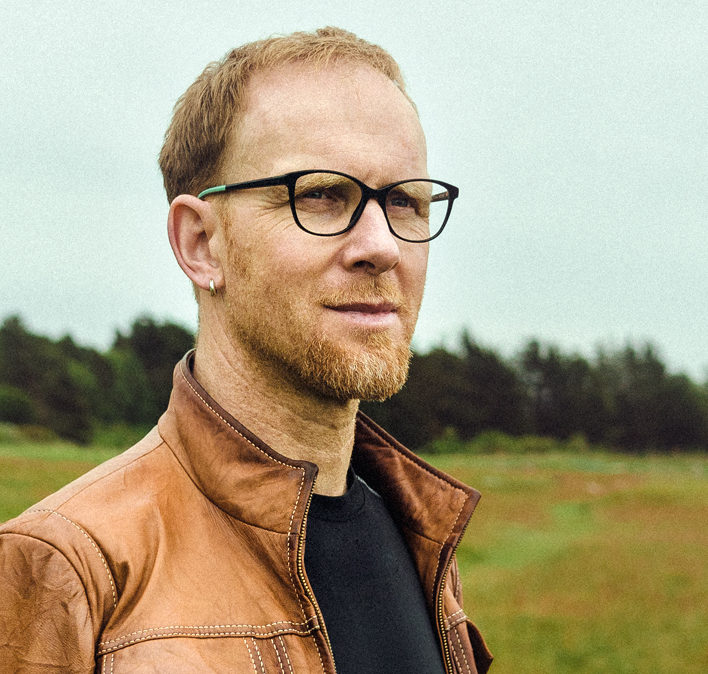 Arnd Wächter was born in East Germany and grew up next to the Berlin Wall. His personal process around historic violence and experiences of inner and outer walls between people and cultures lead him to live abroad for the past two decades and travel across the world, looking for ways to deepen his own understanding of the world, it´s diversity and the nature of separation and conflict.

In response to 9/11 he founded the non-profit organisation Crossing Borders Education to connect youth of diverse cultures. Arnd’s passion for intentional cross-cultural interactions lead him to long form documentary as a powerful way to build empathy and immerse audiences in the situation of others, in order to inspire individuals to engage, dialogue and act. Arnd is the founder of Crossing Borders Films and the producer of the feature documentaries Crossing Borders, The Dialogue, and American Textures and of several short films. 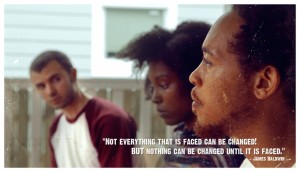