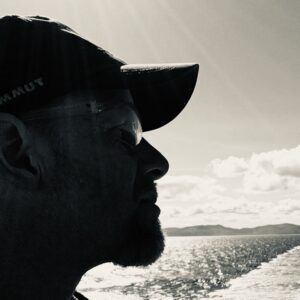 Arnd Wächter is an award winning filmmaker, intercultural educator and social entrepreneur. He founded the non-profit organizations Crossing Borders Education and Morocco Exchange as a creative and proactive response to 9/11. His passion for intentional, cross-cultural interactions drives him to produce professional, feature documentary films. He strongly believes that through well-crafted storytelling, films have the power to put a human face on abstract, complex social issues and make them accessible to large groups of people. This in turn builds empathy and inspires individuals to engage, dialogue and act. Arnd founded Crossing Borders Films and produced the three feature documentaries Crossing Borders, The Dialogue and American Textures. His feature films were selected at over 20 intercultural conferences and 15 international film festivals, winning several awards. He co-produced the cross-cultural landing page for National Geographic Education around his intercultural film trilogy. Arnd and his work appeared in the New York Times, Euronews, the PIE Magazine and on National Public Radio (NPR), among others.

Arnd was born in East Germany and grew up next to the Berlin Wall. His awareness of national responsibilities to confront historic violence, racism and experiences of outer and inner walls between people and cultures lead him to travel to over 60 countries across the globe. He is constantly looking for ways to deepen his own understanding of the world, its diversity and the nature of separation and conflict facilitation.

Arnd completed his MA and Post-Graduate Certificate in Education at Brunel and London University. He has twenty years of experience of living abroad in Spain, the United Kingdom, Japan, the USA, Australia, New Zealand, and Morocco. Arnd presents regularly at conferences and campuses in the U.S. and Europe.

Following his passion for the outdoors he hiked in the Himalayas, Andes and the New Zealand Alps. In his most recent adventure he walked from the West to the East coast of Scotland in the Great Outdoors Challenge and cycled the length and breadth of the Scottish coastline. 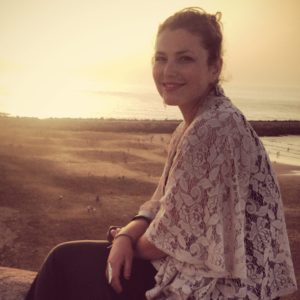 Sarah caught the travel bug at a young age. Travelling extensively throughout sub-Saharan Africa, Mongolia, the Middle East, and South East Asia, its hard to picture her life back at home in the US. After graduating Temple University with at BA in Political Science, and studying abroad in Amman, Jordan, she joined the Peace Corps as a rural health educator in the Fes-Boulmane region of Morocco. After her service of over two years she chose to stay in Morocco within the field of study abroad and share her love of Arabic, Tamazight, and Moroccan culture with others.