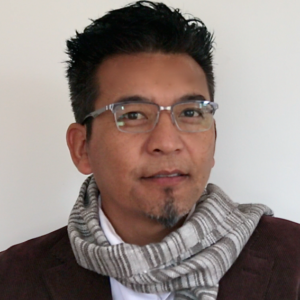 Lobsang Tara was born in Amdo Ngawa, Eastern Tibet. He fled to India for his studies in 1989 and moved to New York in 2002. Lobsang has studied MFA as New York Film Academy as film writer and director. He achieved creating a new genre in Tibetan Contemporary Art as Abstract Calligraphy painter. Lobsang was the co-founder of Artra Sound Production Company in New York and Los Angeles. He currently lives in New York and works as sound engineer and camera operator on film sets.