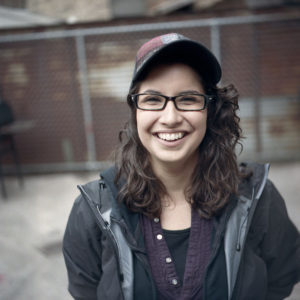 Originally from Puerto Rico, Mariela Nieves is a documentary filmmaker and photographer based in New York City since 2008. She completed her post graduate studies in New York and Los Angeles. Mariela is an avid street photographer in an attempt to capture some of the seemingly infinite fleeting moments that make up the Big Apple. She recently started working on a project that explores different aspects about the lives of those who inhabit the city that never sleeps, a collection of short form documentaries going by the name: “NYC: A Day in the Life” (working title), still in the pre-production stages. Mariela greatest passion is to travel and immerse herself in different cultures while exploring around with her lens. She is proud to be part of the Crossing Borders team and of its greatly needed and inspiring projects.