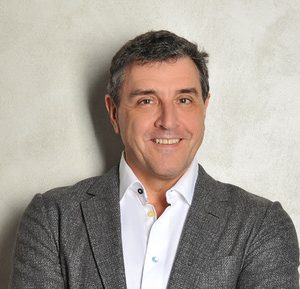 Uwe Hockenjos studied economics and sinology at universities in Freiburg, Germany, and in Taipei, Taiwan, and obtained his master degree in 1989. From 1990 to 2003, Uwe worked as Executive Director for an international financial company in Geneva, Zurich, Singapore and Taipei, while also serving as Chairman of the Board of UBS Security Investment Advisory (Taiwan) Ltd. for four years. He has lived and worked in Asia over 14 years and speaks English, German and Mandarin fluently.

In 2003, he was a co-founder and consulting partner for a health-care software company in Germany until 2010. Since the establishment of his consultancy company – ThinkAsia Strategies (歐明華 – 諮詢與投資) in 2006, Uwe has advised businesses focusing on Greater China as well as Asian companies with the reverse focus on Europe.

During his professional career in Asia, Uwe had to deal early on with various aspects of intercultural communication requiring a hands-on approach within international companies where he has managed very diverse international teams. In 2012, he set off to study academic intercultural communication theories to fully understand and teach his experiences.